"We do not want technology to change our lives — we want our way of life to be respected."

Intro by Michelle Thorne: The internet must serve ecological sustainability and our collective liberation. We want it to dismantle the power structures that delay climate action and to become a sustainable and positive force for climate justice. For deep change to happen, internet professionals must understand the underlying structural issues and inequalities of the climate crisis. We must go beyond tech solutionism, towards intersectional climate justice. We must strive for sustainable approaches to the root causes of the problems and inequalities experienced at the intersections of gender, race, class, ability. This article originally appeared in Branch, an online magazine written by and for people who dream of a sustainable and just internet for all.

Vândria Borari, an indigenous leader, lawyer and human rights defender, joined Camila Nobrega, a researcher and journalist working on social-environmental justice, to discuss their visions for a sustainable and just internet. Their conversation took place across several weeks and spanned continents—sometimes in indigenous territory in Brazil, sometimes without an internet connection—but always it returned to the possibility of creating bridges between world views in ways accepting of complexity.
When we started the conversation for this article, we both remembered the same scene. It was November 26, 2019, the official opening of the 14th Internet Governance Forum in Berlin. “Mana, e aquele ‘uma visão, um mundo’? A gente tem que falar disso” (“Mana, and what about that ‘one vision, one world?’ We should talk about it”), said Vândria.

Yes, we both knew we should.
We had passed through security, showed our passports, had accreditation pictures taken and entered a huge room full of people. Without masks, we sat on chairs in densely packed rows. The world before the pandemic. We were there to see Angela Merkel speak and found ourselves surrounded by the conference slogan. We looked at each other. “One World, One Net, One Vision.” There didn’t seem to be much air in that room, else why were we suffocating?

The Chancellor’s speech can be read on the website of the German Chancellery. In it, she encouraged people to bring ideas “for the future of the internet,” emphasizing the importance of discussing “how we want to shape and use the internet of the future.”

“When I say ‘all of us,” she continued, “I mean policymakers and civil society, businesses and the scientific community. ‘All of us’ also means that all countries need to work together. […] ‘One World. One Net. One Vision.’ This year’s slogan sums it up neatly: we want to arrive at a shared understanding of what the internet of the future should look like. What values, principles and rules do we want to take with us from our analogue world to the digital world? What processes and procedures will we need in doing so?”

We saw how that slogan resonated in the room. Most people were in suits and seemed quite satisfied. The majority were white and from the Global North. There was a lot of applause. The tone attempted to appease, to propose union. It was diplomatic. Nevertheless, its message was strong. In a world of disparities and different means of communication, in which the internet was born from the principle of visiting different worlds, of sharing, of bringing more people to these commons, this slogan suggested another direction. Three times one: World, Net, Vision. An obsession with capital letters for the universal imaginary for the future.

Who was taking part in this discussion that Merkel was proposing? Who answers for this “we”? Who is invited to the table to make decisions?

We looked at our own printed speeches in our hands, the ideas we had discussed the day before while preparing our joint speech for the conference’s side event, Discotech, organised by the Association for Progressive Communication (APC).
The paper in Vândria’s hands read:
“For us indigenous people, in the world we are in, we call it mother earth. There is no single, precise worldview. There are different visions! We communicate with the forest, with the river, with our sacred sites. Our shamans communicate with the spirits of the forest. For us, everything that has life is sacred and must be respected, even the animals that feed us are sagrados (sacred). This is how we see the world and communicate. This is how we relate to this world. […] We do not want technology to change our lives—we want our way of life to be respected.”
We did not fit in that conference room. What brings us together is, precisely, the dismantlement of the idea of unique perspectives and the creation of bridges between world views, in full acceptance of the complexities of such an attempt.

Camila’s speech that night would open with drone footage from the Floresta Nacional do Tapajós and its outskirts, where agribusiness grows rapidly alongside other megaprojects such as hydroelectric plants, waterways and mining.

“This is a project of the expulsion of people, ways of life, of possibilities of the future, of diversity of communication. The image flies over the forest, behind it, the contrast of soy and corn plantations. It is a monoculture, homogenous, a geometric image. In journalism we learn one main way to narrate, to formulate problems—to understand what is fact and what a priority in the news. That also is a monoculture in which most of us actually do not fit. So our aim is to try doing the opposite, building networks and plural narratives that mess up these patterns.”

Our dialogues are about limits, about our unique spaces and our different roles against this tractor that crushes diversities. We ask how we can collaborate and build, knowing we come from completely different backgrounds.

More than a year later, the pandemic shows that we are going through a global crisis. In practice, there are even greater abysses.
Vândria: I wanted to ask you about Europe from the perspective of an amazônida (a person who lives in the Amazon). I see that life there is more isolated. When we think about communication, how did that change during the pandemic? How is it from your perspective, as a Brazilian living there?

Camila: I like the question as it brings together the territory into which we are stepping, and communication. Communication in Germany is very much mediated by hegemonic forms of technology and the assumption is that there is a common global crisis. Traditional media, for example, usually portrays the pandemic as if everyone were in their home offices, in urban areas, with internet access. The same idea of that one scenario again, the same shared problems. The starting point is an average middle-class person. That is to say, a white man from the Global North, cis, heterosexual. I was impressed that there is very little information available on the street here. It seems the government assumes you can inform yourself through traditional media or the internet. No loud-speakers, almost no room for alternative means of communication. It is in immigrant groups, in LGBT groups, and in women’s groups, for example, that we exchange other realities, fears and doubts. In these groups the different layers of our lives become evident.

Then I think of our conversation about how there is no way of thinking about communication without first understanding the basis of that system, the social and natural resources upon which it depends to exist. How does it impact different populations and who produces these narratives? It serves to think of both analogue and digital communication here.

And how has it been for you in the territories along the Tapajós river, under the government of Bolsonaro during the pandemic? What has been the role of communication and the internet?

Vândria: The internet for us, the indigenous peoples of the Lower Tapajós region, is used to publicize the violations that take place in our territories, the environmental crimes that have occurred in the region, and our actions—especially in defence of the rights of indigenous women and of our original peoples. We are living at a disadvantage in terms of public policies and the rights of us indigenous peoples. In this pandemic, we have seen that there is as much social inequality as digital inequality. The pandemic is a watershed. Communication takes place through the internet, through social media mainly. And in our region, for us to communicate, we need a good internet connection.

In the Amazon we are at a disadvantage in relation to other regions of Brazil. Many indigenous people have problems participating in virtual meetings. For those who live 12 hours away by boat in a village that doesn’t have internet… it is hard. Often, we cannot participate in debates, sometimes even debates about our own territories. One vision, one world does not exist. It’s easy for someone from the West to think like that because they don’t know other realities.

Thinking of communication for the future, we need an internet that does not violate our rights, our traditions, ancestry, our people. We need to create an internet that is favourable to the maintenance of our history, to the protection of our territories. It is not that the internet is fundamental as an answer; rather, it takes on importance because of the violations we suffer. It ends up being important as an answer, because of the violations we suffer.

We know that many protected areas in the Amazon have no communication signals. These areas attract different forms of exploitation and extraction, logging and mining. It is in these areas that we see the murder of environmental defenders. The idea is that the internet could give us the monitoring capabilities to protect these territories.

This is just a small fragment of an ongoing conversation, which is to be continued.

ONE Vision, ONE Net, ONE World?

Vândria Borari is an indigenous leader, human rights defender and lawyer who graduated from the Federal University of West of Pará, Brazil. She lives in Alter do Chão, Pará.
Camila Nobrega

Camila Nobrega is a PhD candidate at the Free University of Berlin, working on Social-Environmental Justice and Latin-American Feminisms as both a researcher and journalist, to foster media democratization. She is based in between Germany and Brazil.
Share this: 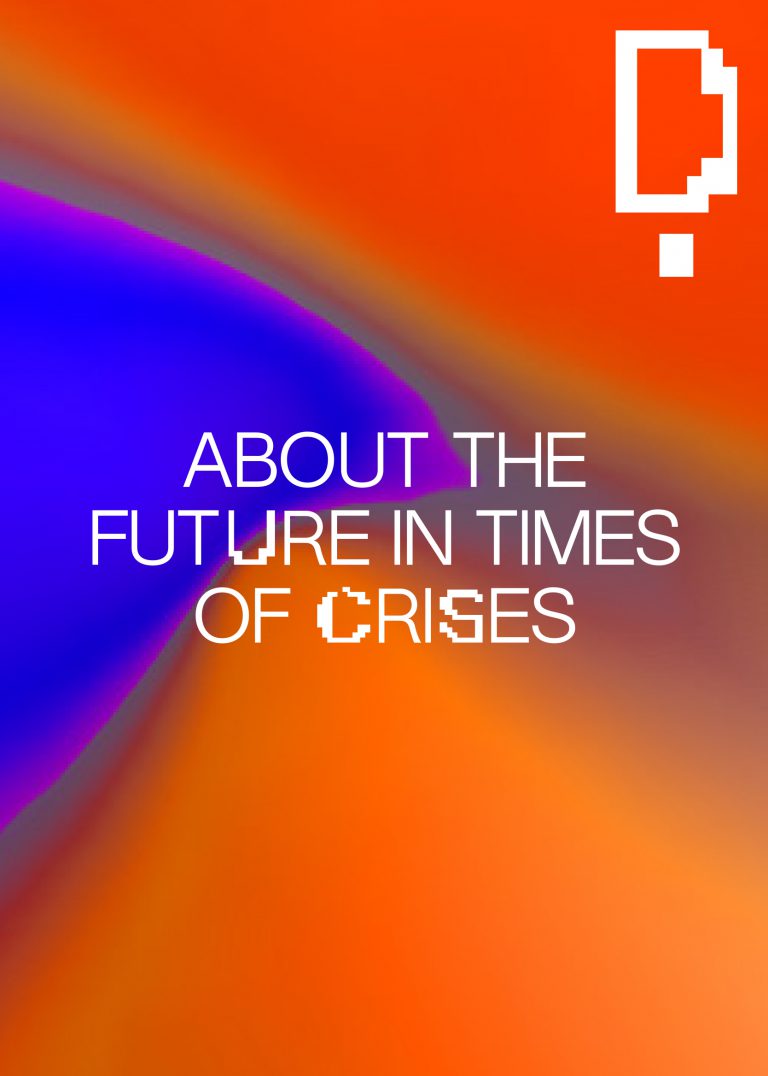 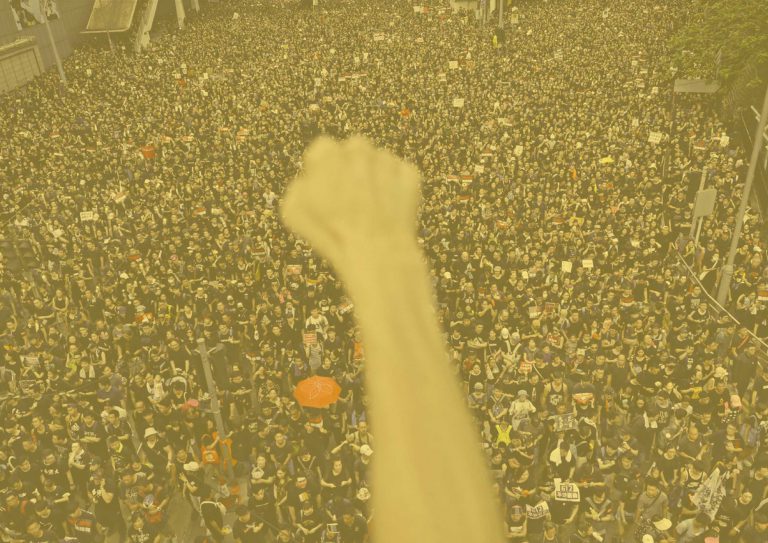 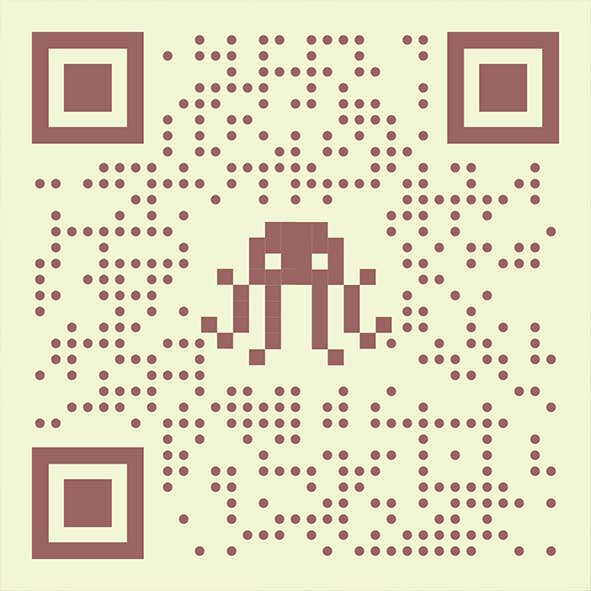 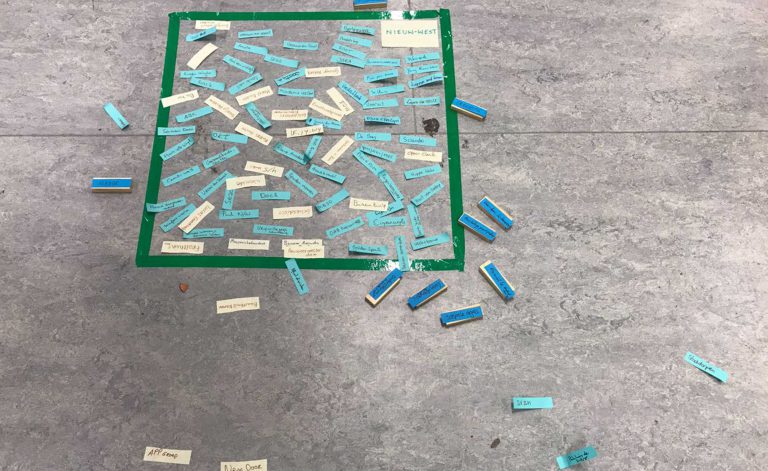 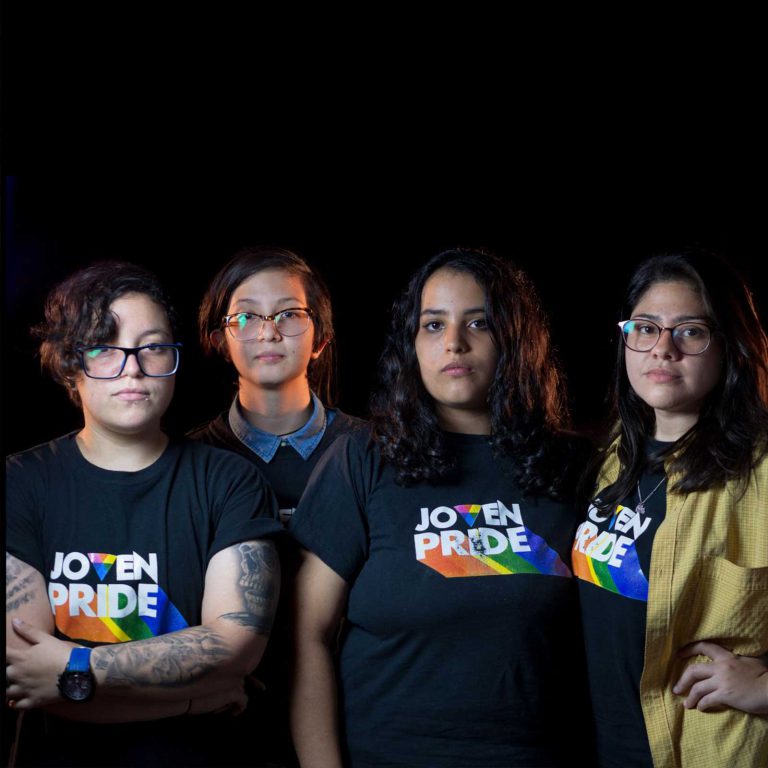 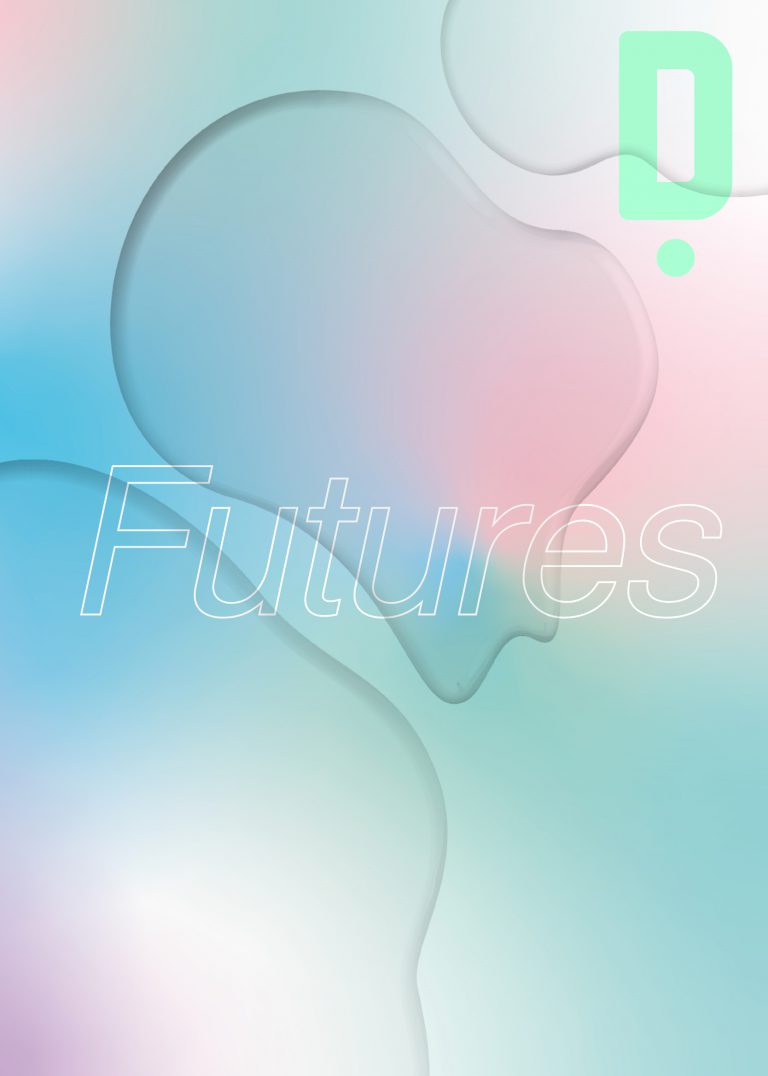 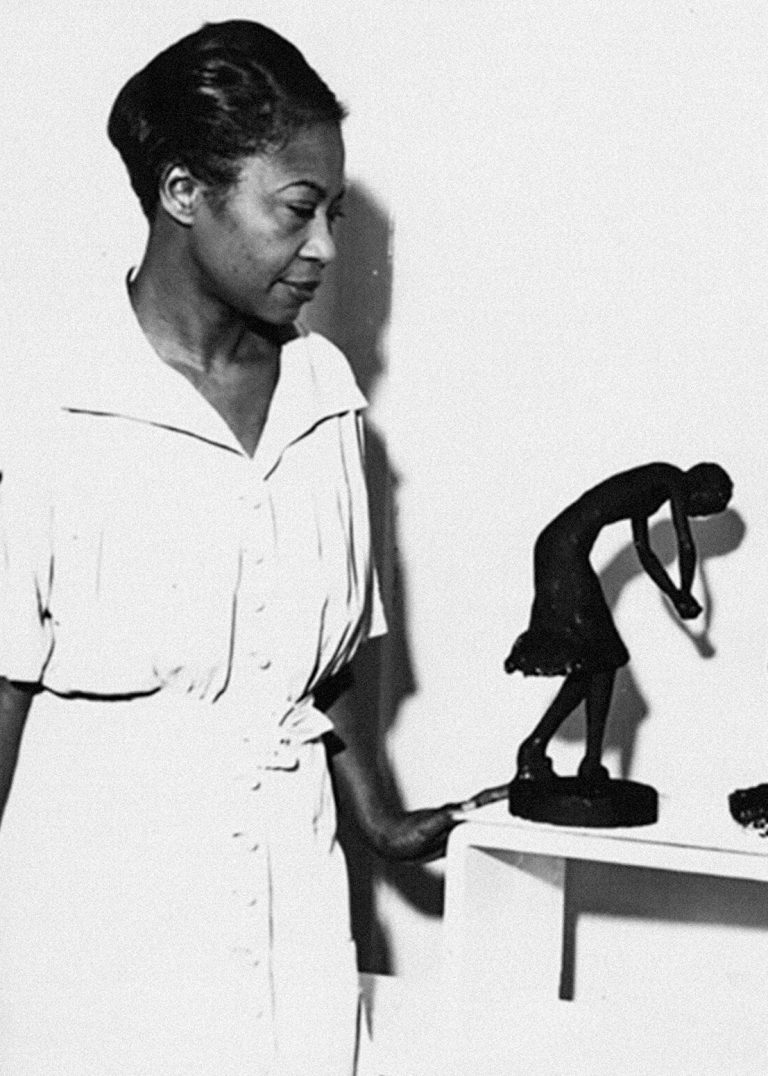 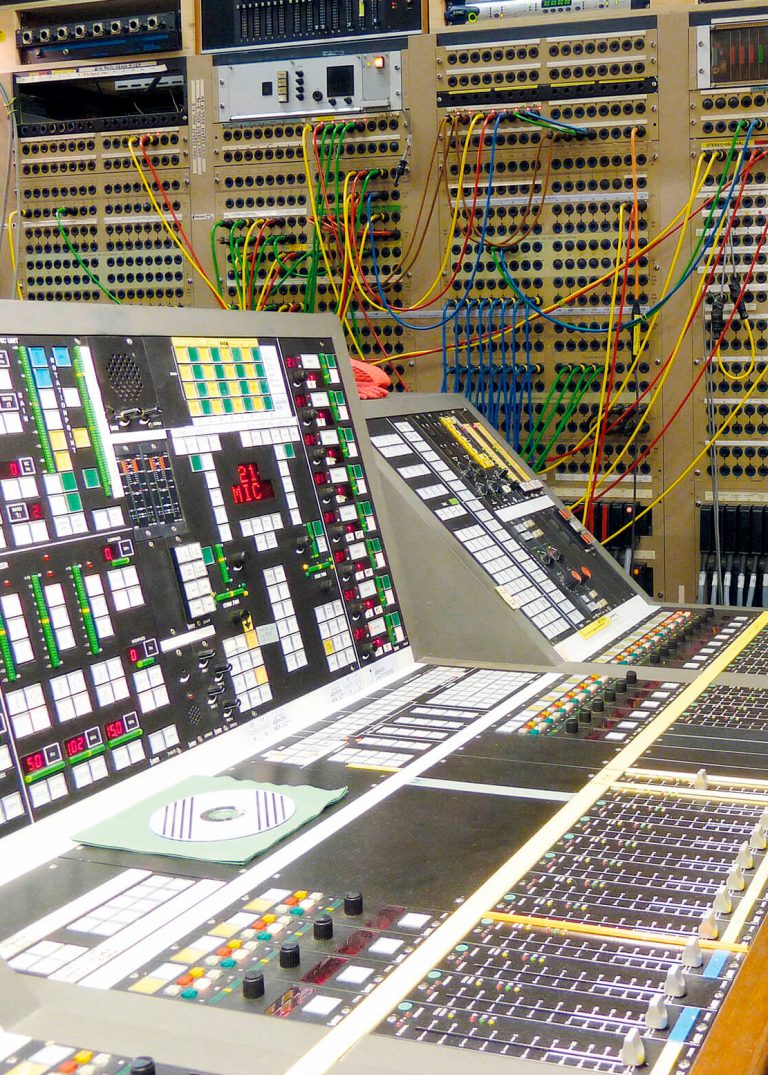 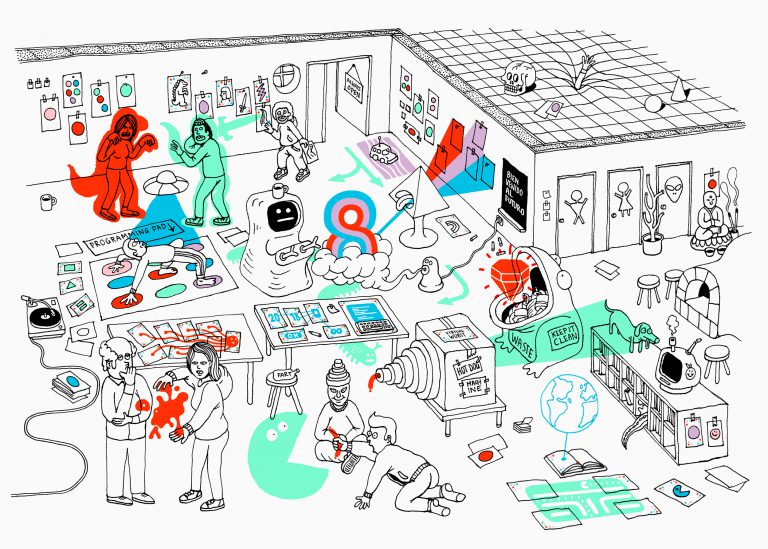 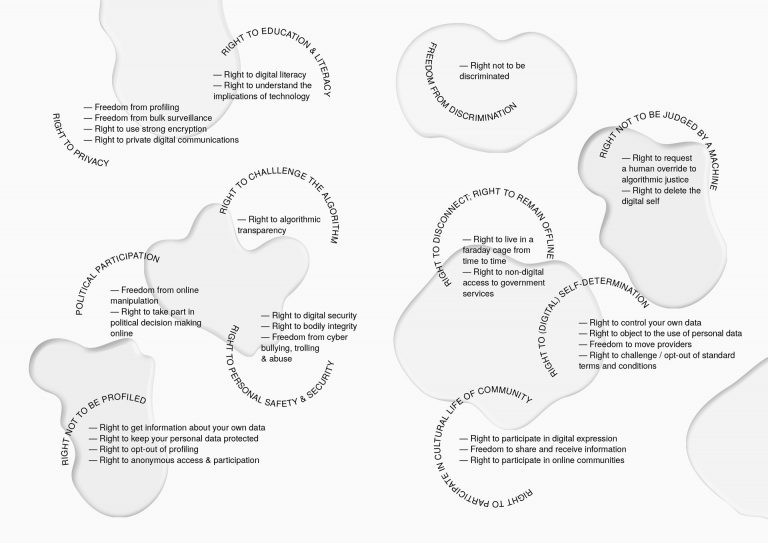 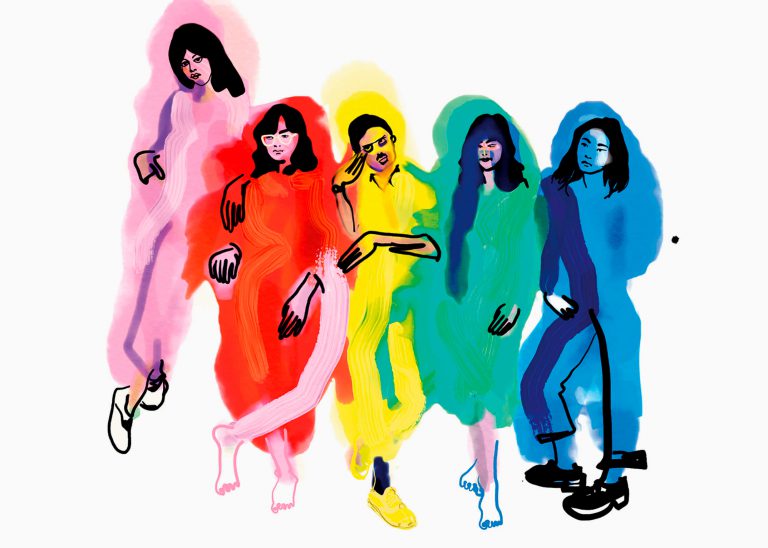 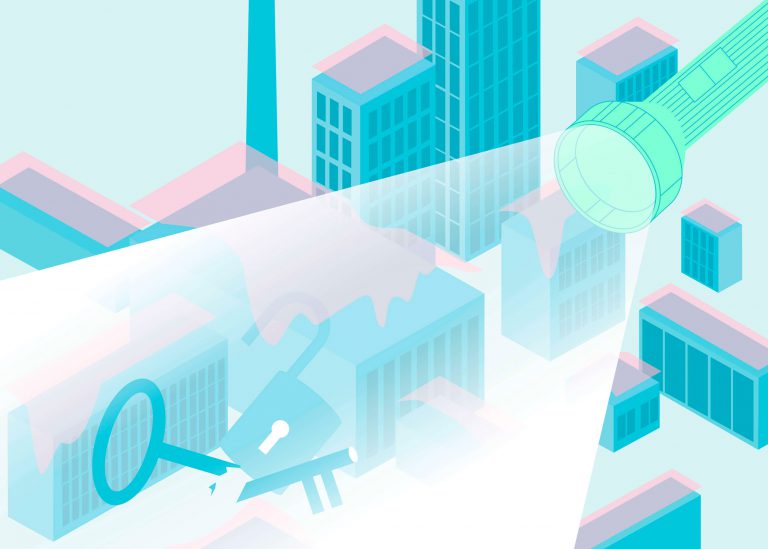 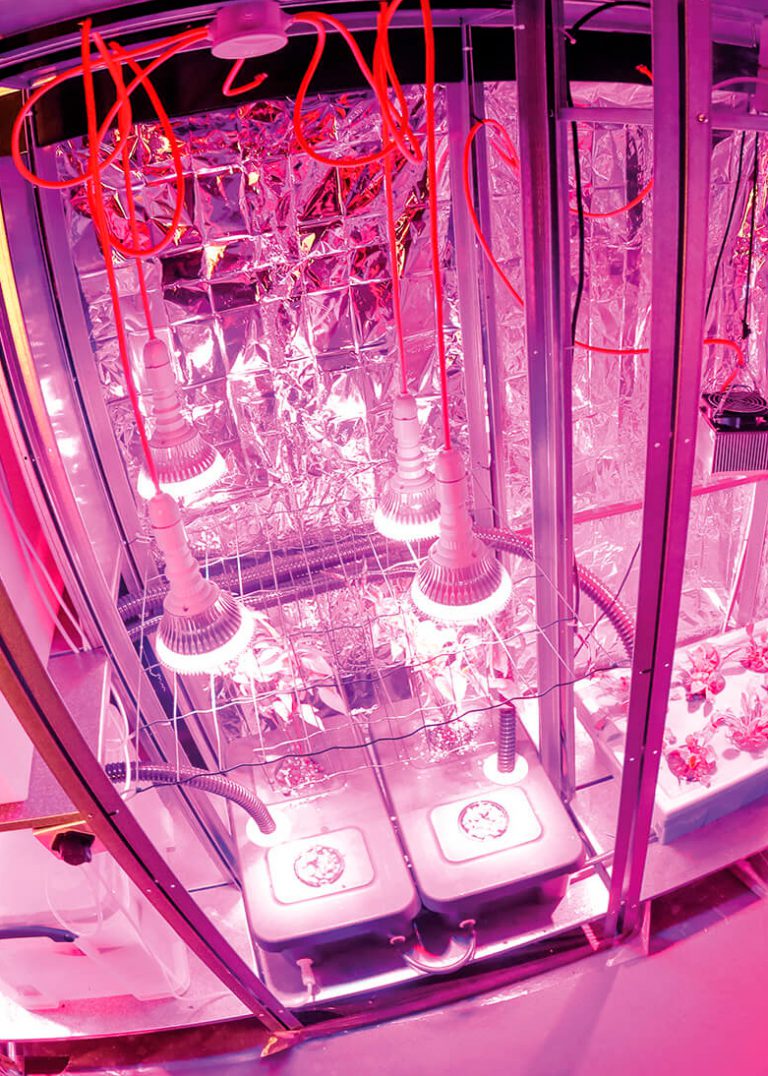 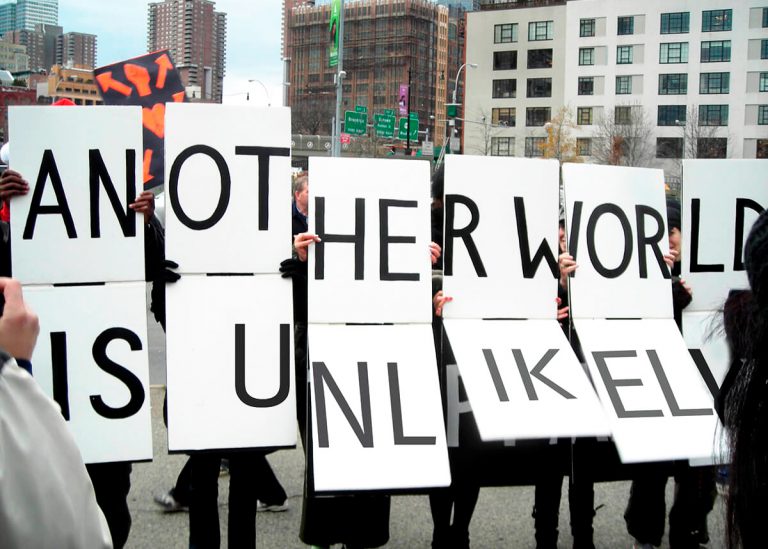 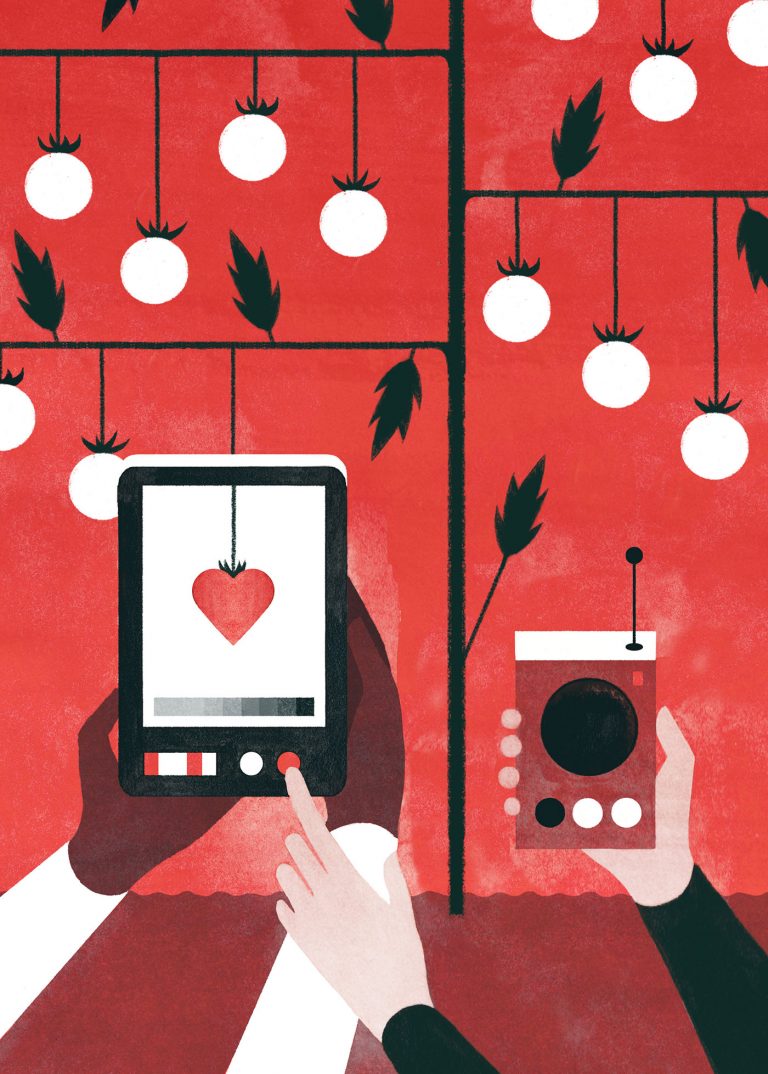 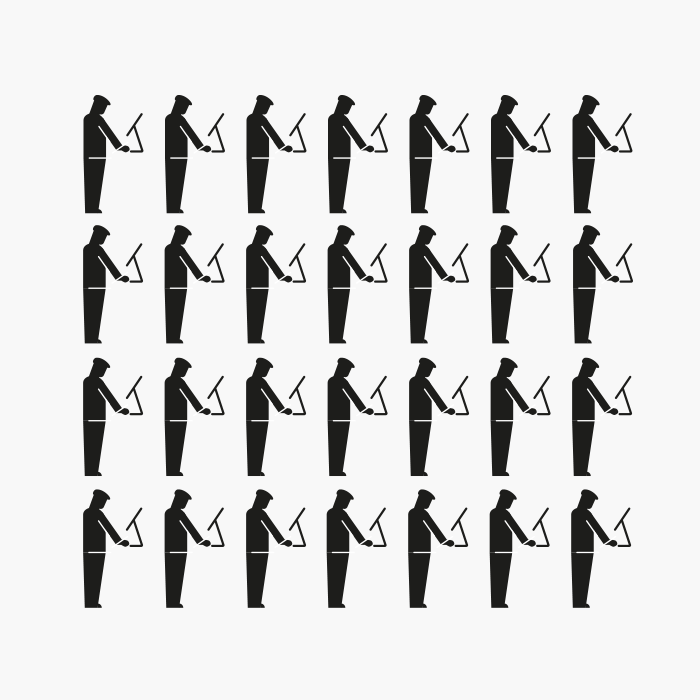 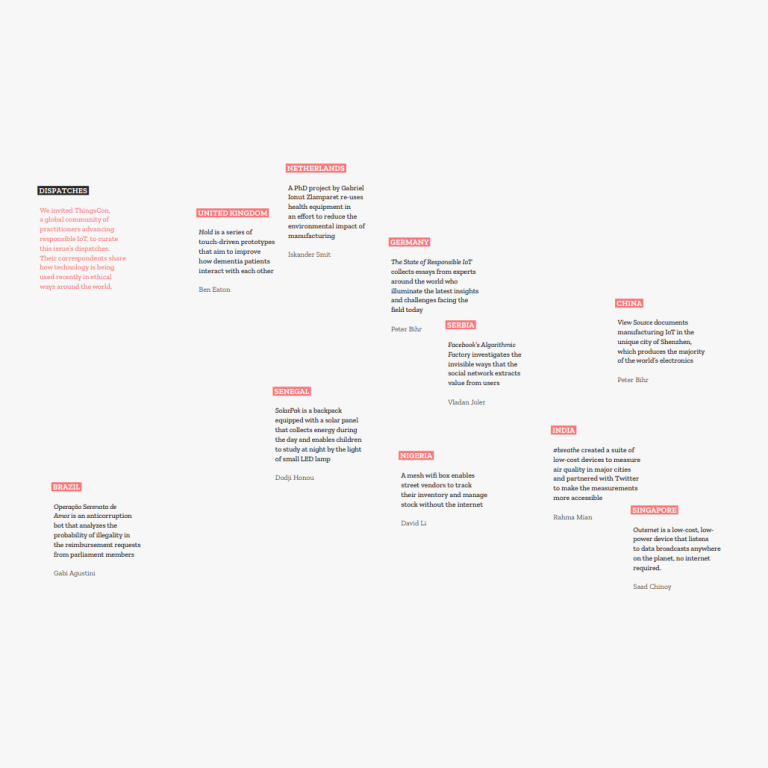 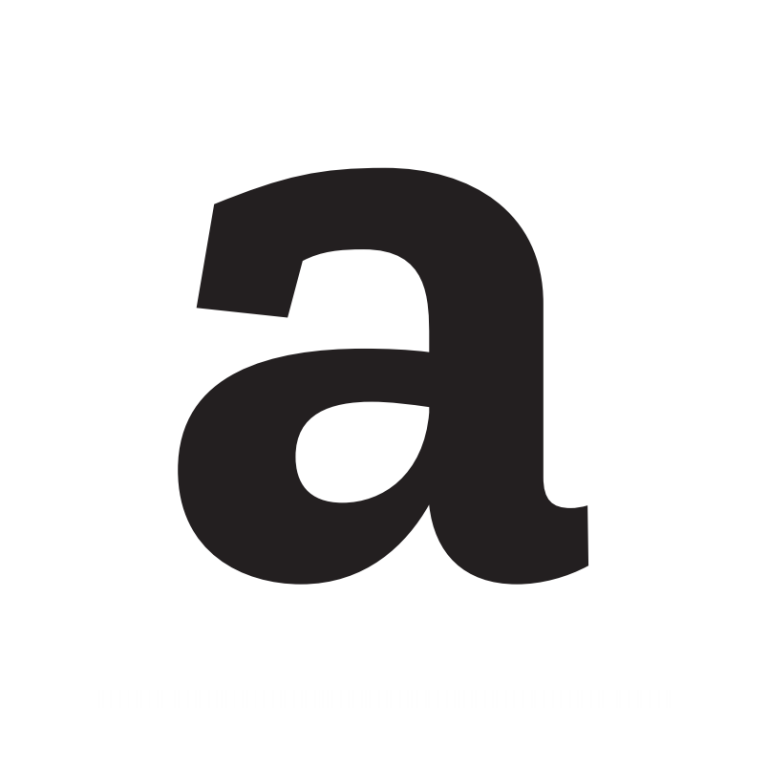 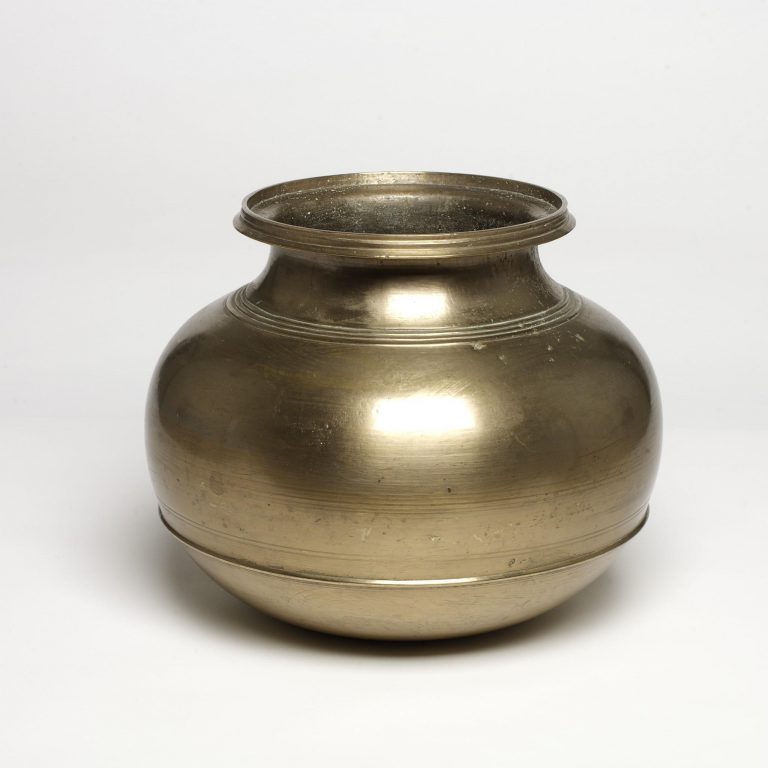 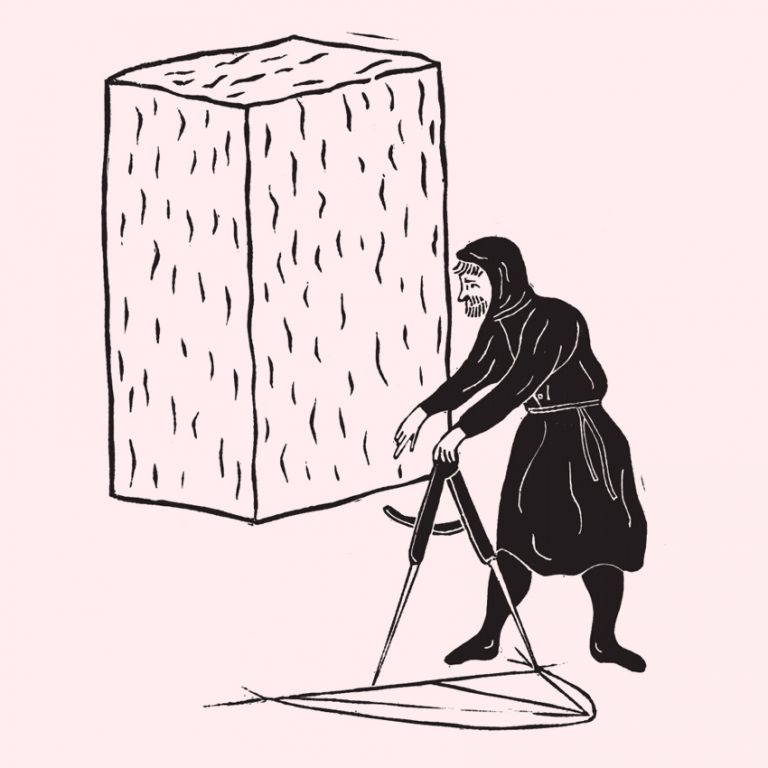 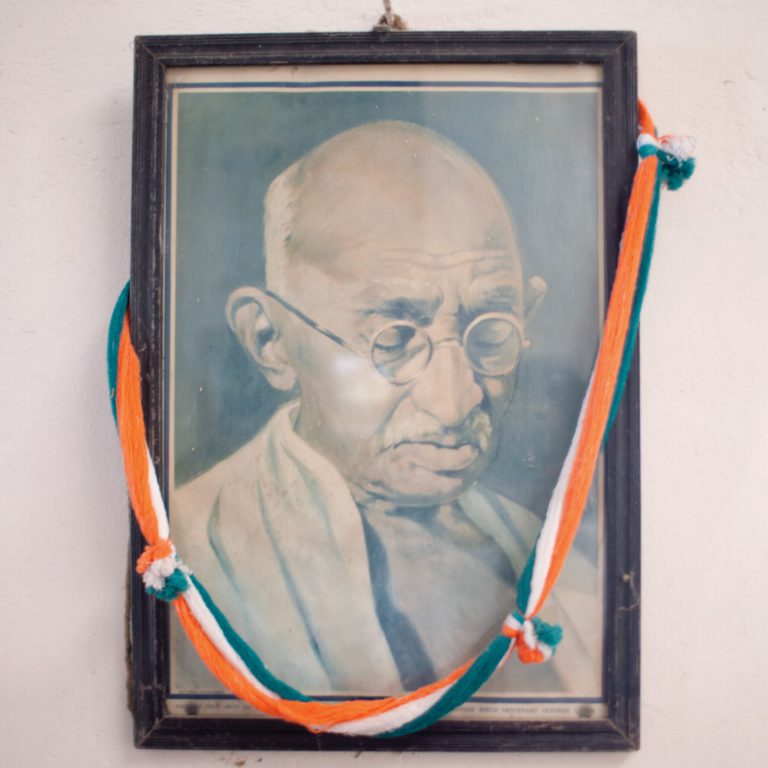 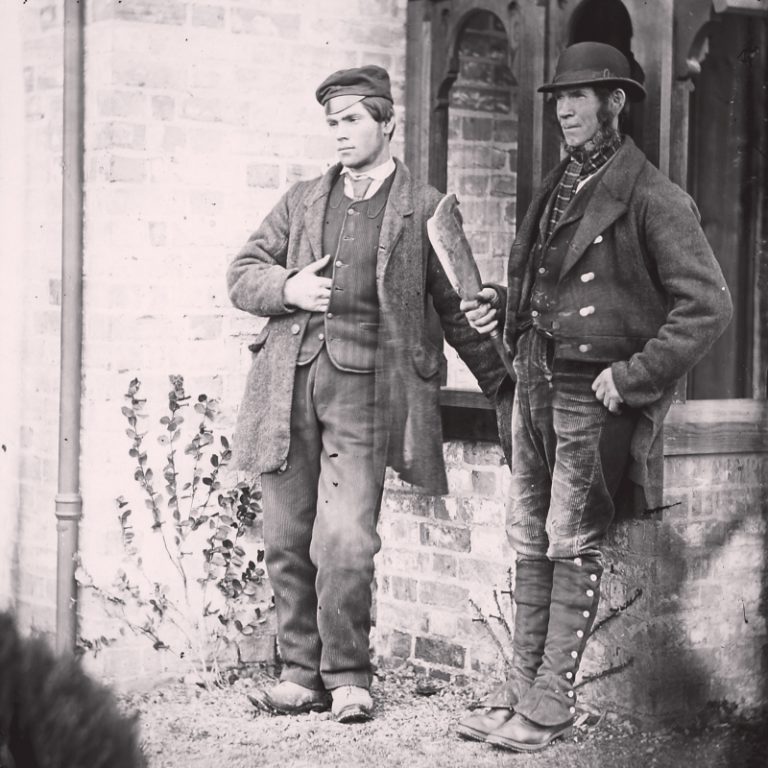